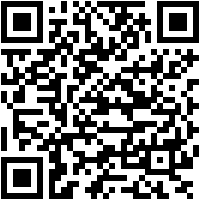 In today’s world, anyone you talk to will tell you that he or she has a lot of problems and spends day and night dealing with them. Our world is much more advanced than it used to be and things have become much easier to do, but at the same time, new problems have arisen that must be accepted and adapted to as side effects of progress. . This is not easy at all, and many people get depressed and other mental illnesses and even commit suicide while doing so. It is at such times that we must turn to philosophy. Philosophy is one of the oldest branches of science, dating back to BC Greece. At that time there were different philosophical schools, each of which invited its followers to a specific way of life.

One of the most popular and enduring philosophical ideas is the Stoic school. Stoicism is a philosophy for having an easier life and easier interaction with problems. In this philosophy, different methods are suggested for overcoming problems. For example, when you lose something, you can greatly reduce your grief by saying that I gave it back. In fact, in the philosophy of Stoicism, it is not the problems that cause human suffering, but the perception we have of the problems that bother us.

Stoicism has had many philosophers, and many kings, artists, and commanders have been able to use it to overcome their problems. STOICO • Everyday Stoic Wisdom is an application with a complete set of resources for learning the philosophy of Stoicism, for the Android operating system, developed by leoncvlt and published for free on Google Play. By using the books in this program, you can learn a lot of Stoic philosophy from its elders and have a happier, more successful and more peaceful life.

Some features of the App:

What's New!
– Improved support with newer Android versions
– Removed all ads – in-app-purchase has been replaced with an optional donation. Thank you for your support!