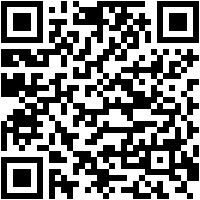 Oku Game – The DJ Runner Apk is a fascinating and very entertaining arcade game and an interesting work made by the Finnish studio Nopia Oy, which is available for free for Android phones and tablets. This game has become a popular package for arcade style games due to its retro and classic designs along with an interesting idea.  In this game, you are in the role of one of the most popular (perhaps the most popular) famous DJs in Finland called Oku, and you have to run through the streets of Helsinki and perform live.

The story of the game refers to the same thing. According to the funny story of this game, the character of Oku, who has forgotten that he has to go to a big concert and perform there, is rehearsing and relaxing when suddenly his boss calls him and angrily yells at him. Says that the concert will start in 5 minutes! Now Oku has only 5 minutes to run through the city streets and cross the obstacles and get to this big concert on time. But as easy as it sounds, it’s not going to be easy! This path, which will be longer than it seems, has many adventures for you!

What's New!
-Added a pause for when the game becomes out of focus
-Fixed some bugs