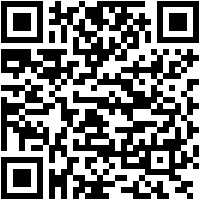 Many users like to change the appearance of the phone’s user interface at different times, giving the Android device a new feel. Fortunately, Android users have nothing short of personalization and can use the many tools available to change any part of the interface. When it comes to personalizing and changing the interface, most minds turn to launcher apps. Launchers are great tools that change the look of home screenshots and drawer applications in general, and in addition, they provide various settings and options for the user to be able to launch the launcher as much as possible according to their taste. Change. If you’ve used launchers, you’re probably familiar with their limitations.

Launchers, for example, can’t change the look of the Android settings, or they can’t change the Quick Settings panel and notifications, which makes the combination of the launcher and the rest of the operating system uncoordinated, making it difficult for some users. It is not acceptable. To solve this problem, various developers have introduced theme engines that have the ability to change different parts of the system and give them a theme. The substratum theme engine is one of these theme engines that is provided and supported by the developers for free. Using this program, you can apply different themes on Android devices. As we said, the program itself is free, but its themes are produced by other developers and are often paid.

That’s why we buy them and offer them to you. Today, we are at your service with another very beautiful and attractive theme for this theme engine. Liv Dark – Substratum Theme is a dark theme with gradient colors and material design for the Substratum engine for the Android operating system, developed by the giannisgxx89 software group and released for $1.99 on Google Play. Note that this theme will not be used without installing the Substratum app, and you must first install this app to be able to apply the theme to your phone. Of course, the Substratum Lite version also supports this theme.