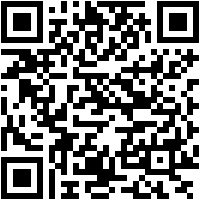 The android operating system is an open-source operating system. This means that its codes are accessible and changeable for everyone. Besides, the structure of the operating system itself is such that different parts of it can be changed. Launchers are one of the most popular and widely used tools for personalizing the Android user interface, which is used by hundreds of millions of users around the world. Launchers can change the home screen and the application menu of the phone and provide various tools for the user to personalize these parts. But the efficiency of these programs ends here and does not go beyond this.
Flux – Substratum Theme is a very beautiful and attractive dark theme for the Substratum theme engine, for the Android operating system, developed by giannisgx89 and published for $ 1.49 on Google Play. Using this theme, you can apply a very beautiful dark theme to all parts of the phone. Even many non-system applications such as Google Chrome, Messenger and will have a dark theme with this program. Besides, you can change the application icon, customize the navigation bar and change the boot animation. If you want to access the dark Android 9 theme on phones with lower Android, we recommend this app.

Some features of the application: