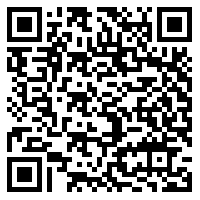 Smartphones are powerful tools that can provide users with a variety of capabilities and features. Among all these features, music playback is one of the most widely used features of smartphones. Most users spend part of their day listening to music on their smartphone. It is natural to need a special tool for this volume of use. For this reason, by default, a music player is installed in the Android operating system, which is usually replaced by other music players by companies or users due to low features and low quality in playback. Android is one of the richest operating systems in terms of the number of music players and the largest number of music players has been created for this operating system.

Different developers try to gain a larger share of users by creating multiple music players and offering different functions on them, and this is why we are constantly seeing new music players on Google Play. Today, we are at your service as a music player that has been able to attract a lot of attention due to its high playback quality.

DoubleTwist Pro music player (FLAC / ALAC & Gapless) is a new and beautiful music player with various features for the Android operating system, developed by doubleTwist. Published at $ 7.99 on Google Play. This music player has a beautiful user interface with material design that can be customized using different themes. A ten-band equalizer is also built into the program, which can be used to change the quality of music playback. The music is played continuously and consecutively, and the sound output from the music player is of high quality. The most important feature of this program is the ability to connect to AirSync to access iTunes music on Android. In addition, you can add your own podcast to the program and enjoy your favorite podcasts and songs in a comprehensive application. Some features of the app: